Stardust Award: Strength of the Omega by Sara York and H.L. Holston 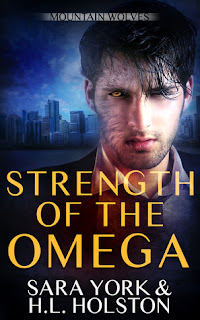 Publisher's Blurb
For most of his adult life Jamie Matthews was an Alpha. But when his Army unit was captured by the Amity Brethren and he was experimented on, he became an Omega. After struggling to find his way, Jamie is finally happy with his mate, Max Gaines and back home in Lyons, Colorado.

However, the Amity Brethren isn’t done with Jamie and everyone and everything is suspect when the enemy sets its sights on Jamie’s unborn baby.

Review
Strength of the Omega is the second book in the Mountain Wolves series by authors H.L. Holston and Sara York.  Personally, I love this series. It has a lot going on, but it really just keeps me reading it.
The characters have a super great connection, I will say read this series in order. The second book assumes you have read the first.
But that is a minor disclaimer. Honestly, this series is so worth the read.
Jamie is out of the Army and fully bonded with Max.  they are married and settling in together.  Jamie is still dealing with the fallout from being turned from Alpha to Omega.  His mindset is sometimes fragmented but I felt he would be.  I mean his entire identity has gone through a crisis.  Of course, there would be fallout from that.
I do think he is one of the strongest characters I have read so far. He has a personal and just innately his kind of strength that keeps me wanting to know more about him.
He is a very well rounded and flawed character.
Max, he is amazing too. Strong, he knows when to bend and when to fight. That is important in a relationship.
I love these two together.
Brethren yep they are backkk….  And ready to play hardball.   I liked getting to know the world more in this book and see where it potentially is going in the future.
Overall a series I cannot get enough of. Highly recommend it to those who love a good MM paranormal romance. You won’t be disappointed. 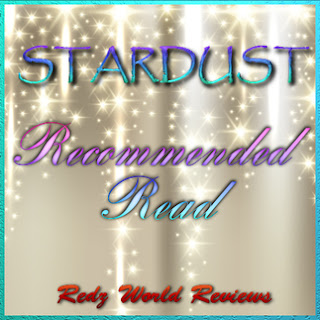