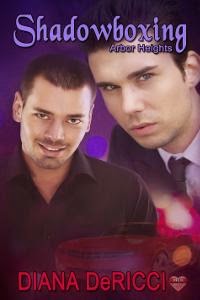 Publisher’s Blurb
Shadowboxing by Diana DeRicci - Romance>Contemporary
Wayne Hightower has lived with a secret since he was a teenager. Debilitating to relationships, his condition stands in the way of his father's ultimate expectation: Finding a woman to marry. Of course, if he could do that, he'd have the grandchildren his mother was craving. And everyone would be happy happy happy. Or so he'd been raised to believe. If he could find her. If he could get over his problem.

Ditched by his brother for their planned night of sibling bonding, Erich Villalobos invites Wayne out instead as a simple act of friendship. One night that throws Wayne into an environment he'd never been exposed to and revealing a playfully animated side of Wayne Erich had never imagined. One that he quickly learns he's actually attracted to.

Secrets. Everyone has them. Wayne. Erich. Even Wayne's parents. If Wayne's brother Curtis were still alive, he could tell Wayne the cause of his condition and how to cure it. But dead men don't talk.

Shadowboxing by Diana De Ricci is a story I adored for many reasons. I love stories about accepting yourself and being able to say you like yourself. I think the world needs more stories like that.
Wayne has always dated girls, but he cannot have sex with them. He literally cannot get it up. So the girls break up with him. This made him feel like he was just not good enough, that there was something extremely wrong with him. But one night out with Erich a friend from work changes everything. But can he accept the changes?
Erich is a laid back person. He is very secure in being gay. He doesn’t mind that Wayne is not, he still will take him to a gay bar. But when he finds out the man underneath the suit he finds himself falling for him.
Both of these men go through some significant changes in this book.  Erich has to come to terms with his past and the man he wants to be today.  Wayne too must come to grips it a violent past and accept the change that is good for him.
When you want a story that you will remember, and men you can fall in love with this is the story to pick up. It is very well written and thought out.  Ms. De Ricci is an amazing author and this is another unforgettable story I will have on my keeper shelf. 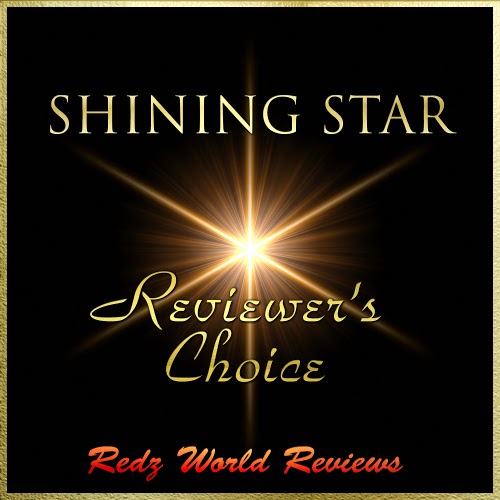