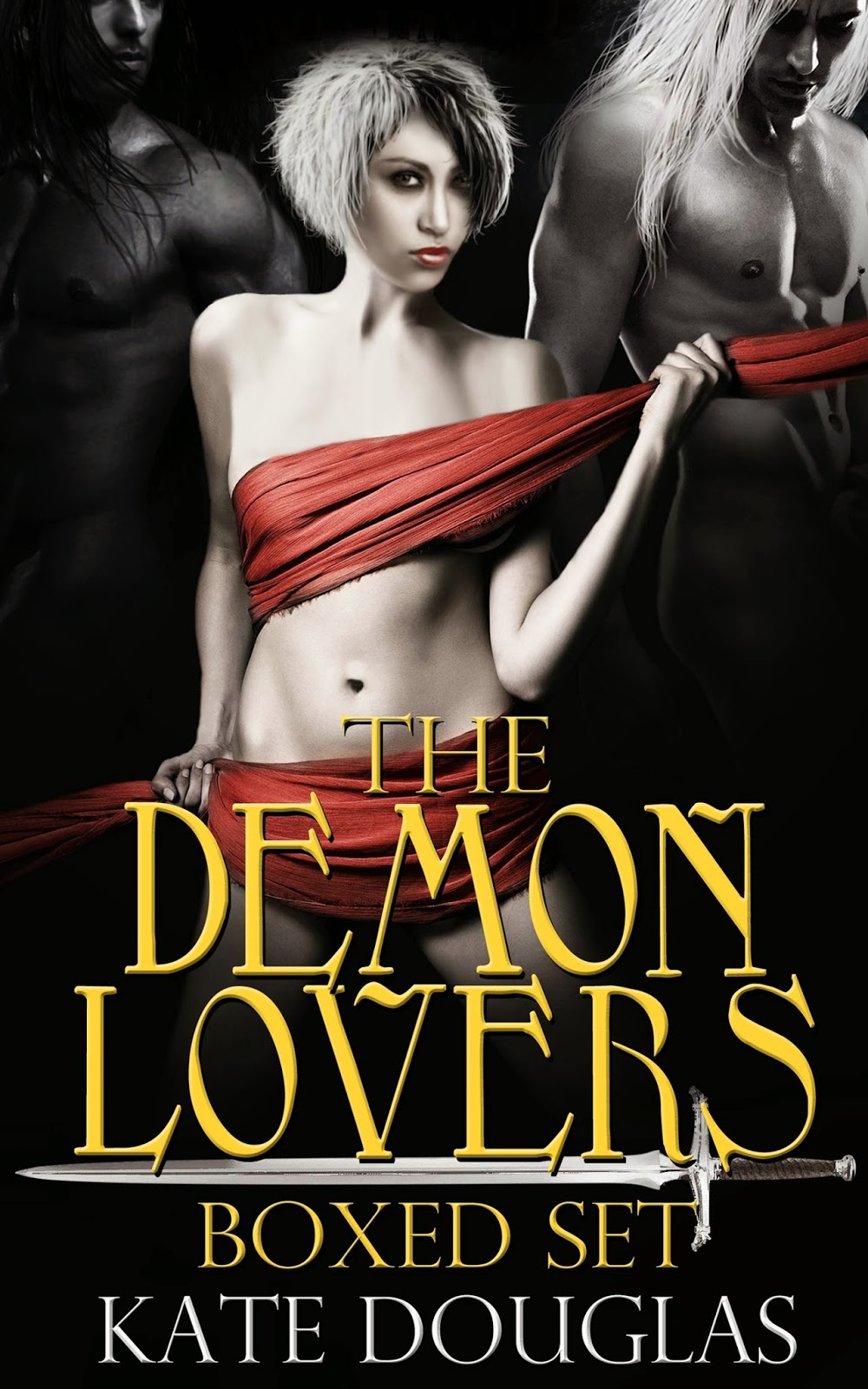 Convinced that it’s not merely that demon hunters don’t play well together, but that what Jett and Locan see as anger and hate is an accumulation of sexual frustration, Addie slowly encourages them to take their teamwork to an entirely new level of sensual exploration. The question is whether they can explore each other sexually without killing each other first.
Unleashed
After an unsteady start, Addie, Jett, and Locan have slowly forged an erotic and loving relationship unlike most other demon hunting teams. Using the passion they feel for one another allows Addie to control Jett and Locan’s demon tendencies and has helped the three become stronger and more powerful in their fight against demons.

The last time Locan saw the Hawaiian Goddess Pele he loved and left her. Pele has never forgotten, and she’s not the type of woman you necessarily want remembering. Now Locan is back in Pele’s lair, and it appears that she’s not the only one set on revenge. The Goddess Namaka, Pele’s sister, discovers that using Locan in the war between sisters is the best revenge she can get.

As the team awaits their next call to action they discover that their beloved hellhound Azrael is in danger, and while Addie, Jett, and Locan would like nothing better than to jump in and save him, it’s a fight the hellhound has to face on his own.

In a battle between demon and hellhound, the stakes are nothing less than Azrael’s soul and the team’s future, and it will take all of Azrael’s strength to free himself from an eternal nightmare and take his rightful place as a permanent member of the demon fighting team.

Review
I thoroughly enjoyed this serial box set by Kate Douglas.  With each story we get to see the progression of the relationship between Andie, Jett, Locan and the addition of Azrael.  I loved seeing the emotions grow between Andie and her boys as they become more comfortable with who they are too each other.  I am usually not a fan of serial stories but I loved that Ms. Douglas finished each story in this series.  If I had wanted to stop without reading the next I would not have felt slighted.  I would have missed seeing that moment after Andie reached her happily ever after.  I would have missed seeing their relationship grow and mature.  I would have missed seeing their love grow to accept one another.  But I would not have had to purchase the next story to find out what happens.  Having said that, I loved what Ms. Douglas gave us.  Jett and Locan were so different and their love for each other was so new, I loved seeing these two strong males learn to accept their vulnerability not only to Andie but to each other.  I loved Andie’s growth from this woman with no particular skill to a kick ass fighting machine willing to fight for right and her men.  And I think my favorite character ended up being Azrael.  He was so unexpected.  I loved not only what he added to the trio but what he showed them about their love.  The Demon Lovers box set by Kate Douglas is a wonderful addition to anyone’s library.

Thank you so much for such a terrific review! I love it when readers get what I'm shooting for.